My Fair Lady, Book and Lyrics by Alan Jay Lerner based on the play Pygmalion by George Bernard Shaw;

It's hard to believe that there is anyone left who hasn't been exposed "My Fair Lady." Certainly, many many more people have seen it in some form than have ever seen the George Bernard Shaw play on which it is based. Way back in 1956, still learning what musical theater is about, I walked out of it in the middle of Act One during its original Broadaway production, angry at what I considered the abuse of the Shaw original which I had just read. I was ten years old. By the time I directed it in 1961 at Camp Silbert in the Catskills I had seen it again, and revised my opinion of the work, realizing its brilliance. It is that excellence, the work itself, that has kept the show alive all these years and that brings this latest version to vivid life in its national tour, now at Proctors Theatre in Schenectady, New York. The biggest drawback to this presentation is that on opening night four principal characters were played by understudies: Eliza Doolittle, Henry Higgins, Colonel Pickering and Freddy Eynsford-Hill, the four characters that the play centers around.

This production's success is principally due to the physical production itself and its only real star: the orchestra under the musical supervision of Ted Sperling. What true life, or liveliness, existed came from the orchestra pit as the show's eight musicians generated energy, melody and emotion. The only other genuine verve came from the character of Alfred P. Doolittle, Eliza's father, played with earnestness by Martin Fisher. Sadly, this is the only time I've seen this character played with absolutely no charm which is what is needed to redeem Doolittle, a fairly worthless drunk whose personal philosophy lands him in moneyed trouble.      Fisher has a remarkable bass voice, but there was no joy in his character. The other thing that saves this production is its physical/technical work: brilliant sets by Miichael Yeargan, costumes by Catherine Zuber, lights by Donald Holder, sound by Marc Salzberg and stage management by Donald Dolan. The show runs just under three hours and the work of Dolan and company keeps things interesting and delightful.

Instead of Laird Mackintosh we saw Wade McCollum as Professor Henry Higgins; instead of Shereen Ahmed we had Sharon Quinn Taylor as Eliza Doolittle; instead of Kevinn Pariseau we had Patrick Kerr as Colonel Pickering and instead of Sam Simahk we had George Psomas as Freddy Eynsford-Hill. These replacements did the work creditably, but they generated little or no excitement. I had heard great things, in advance, about Shereen Ahmed and truly regret not seeing her. Taylor did a fine job, but there was more of her technical delivery than there was any real fire or enthuiasm.

For example, "The Rain in Spain" is usually a high-point of excitement in the first act and all three replaements seemed to be, or felt like, people who had to get through the number just to get on to the next thing. The next thing is "I Could Have Danced All Night," which fell flat for me because I saw, heard and felt no exhileration from Taylor and all three need to have been a part of what is happening to Eliza at that moment. It seemed to be just another transition to another moment to come. 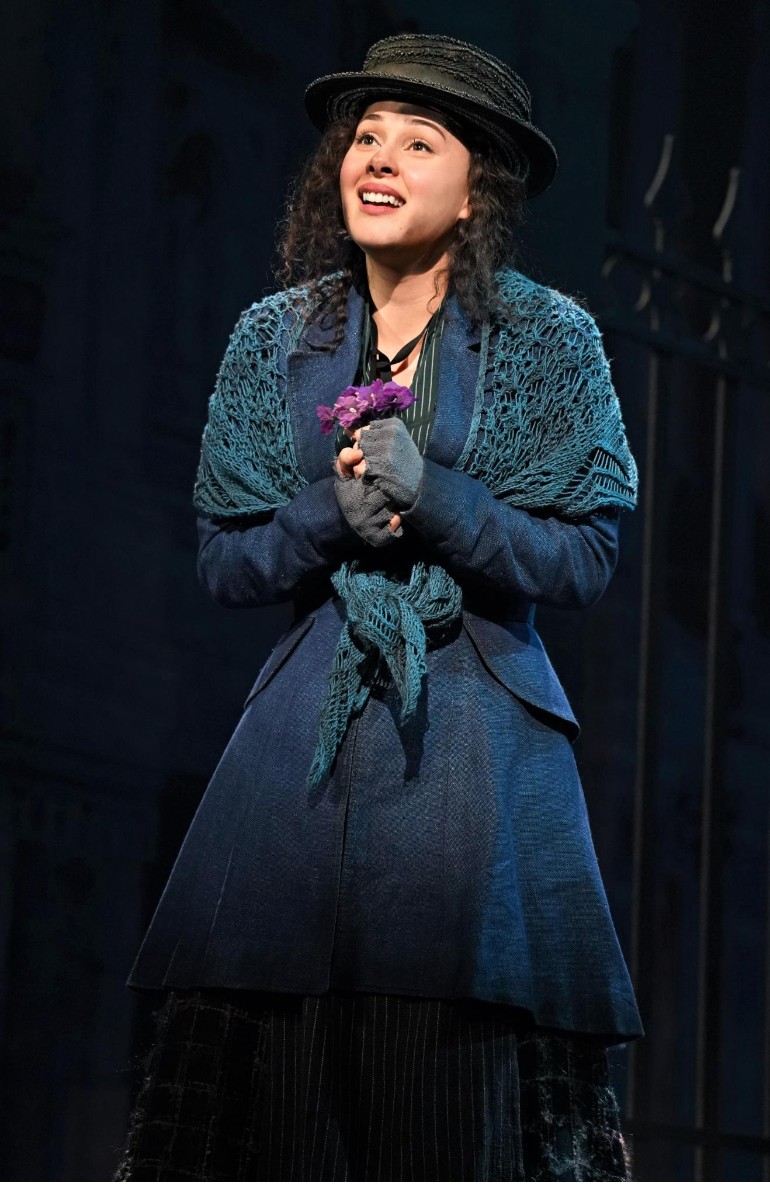 I've never seen a show before where the entire principal cast was missing and I wonder if that situation may hae been demoralizing for the rest of the company as well who worked through their musicl numbers and scene as directed, but who brought little to the stage that could be called memorable. The finest company work came in "Ascot Gavotte," which surrounded the only scene to get any laughs. "The Embassy Waltz," which opens the second act was beautifully done, staged by Christopher Galli. Usually Higgins diction-with-marbles gets a few good laughs but the aueience was silent and unresponsive to the situation when it played poorly in McCollum's hands and Taylor's mouth. Just one more example of how the show suffered on Tuesday night. 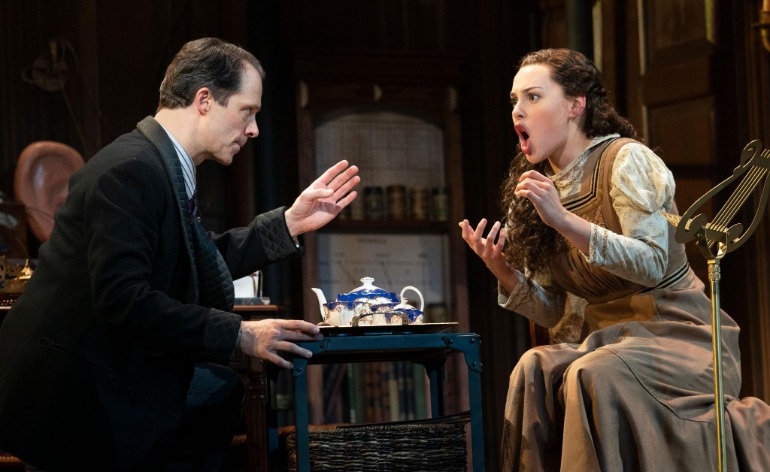 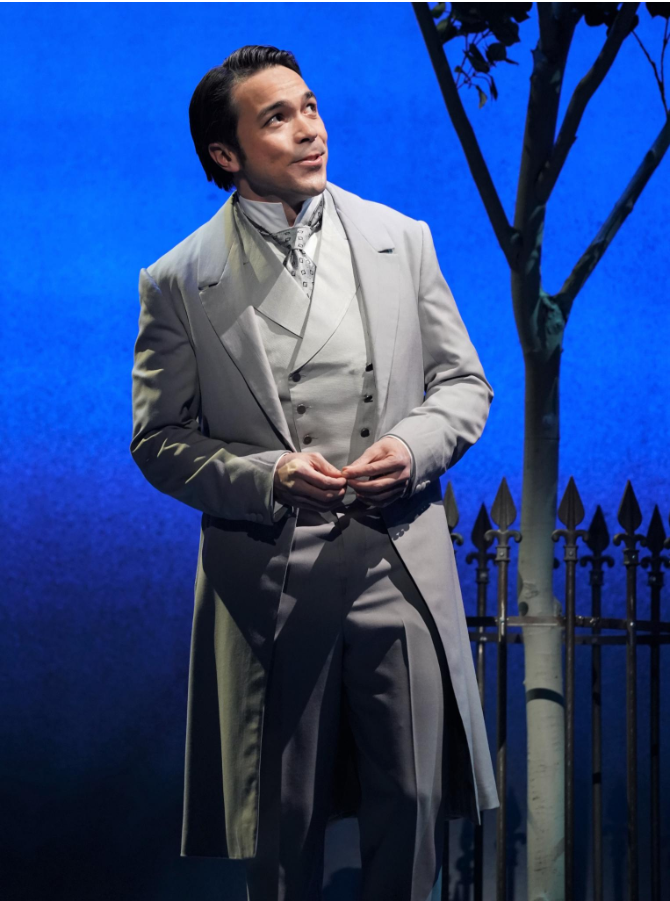 Leslie Alexander was an excellent Mrs. Higgins making the most of her few scenes. Gayton Scott was a colder than usual Mrs. Pearce but the interpretation worked to the character's advantage. Lee Zarrett did well as Zoltan Karpathy and the Prince of Transylvania, who is not named in the program, did very nicely in his romantic moments in act two.

The two songs I love best in this score are "Show Me" and "Without You," which Ms. Taylor sang well, but the fire she showed in those songs and the scenes that followed them were ultimately blown away by the most peculiar direction, or acting, of the final moment of the play where Eliza usually makes up her mind about her future. That never happened in Schenectady. Taylor simply walked downstage and off, leaving McCollum's Higgins alone without any sense of resolution. I don't know who was responsible for this, but it certainly seemed to annoy the audience as much as it did me. The act ended unsatisfactorily and deadly, dreadful applause at the blackout that followed. All I can say is "What a pity!" It's as though my ten-year-old me's opinion was the right one.