One thing's universal: life, whether you're a seventeen-year-old lesbian high school senior or a forty-three-year-old much married Broadway star, honesty is where you want to be headed. This is a point made clearly in the hit Broadway musical, The Prom, currently on tour and playing a week in Schenectady, New York at Proctors. It is one of many points, actually, all of which ultimately lead to the same unjust conclusion: life's no dress rehearsal; it's the full-out, down-front-and-center in a spotlight concept of a charming, silly, human and humane musical you really ought to go and see.

Dee Dee Allen (played by Courtney Balan) and Barry Glickman (played by Patrick Wetzel) have just opened in Eleanor, the Musical taking the roles of FDR and his wife which closes very early leaving them both desperate and morose. At the urging of two well-meaning professional friends, perpetual chorus girl Angie (played by Emily Borromeo) and Juilliard-trained actor Trent Oliver (played by Bud Weber) this quartet travel out to a small, and small-minded, Indiana town to rescue an Out high schooler who has been barred from attending her Senior Prom. It's not exactly an idea conceived in honest concern for the girl's well-being but it leads to some serious and hilarious ventures. To describe them here would be to dampen their impact on an audience so I won't do it. 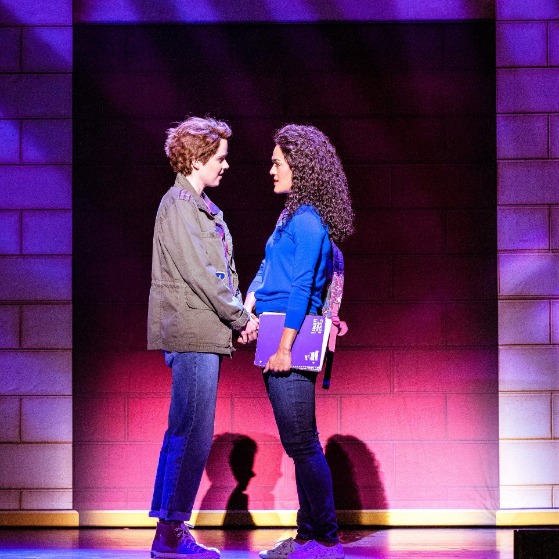 The romances in this show, which include the high school principal Allen (played by Sinclair Mitchell) and there are several, don't progress easily. Nice songs by Matthew Sklar and Chad Beguelin frame the couples including "Dance with You", "You Happened," and "The Lady's Improving." But beyond love the show deals with acceptance: acceptance of gender orientation, sexual preference, professional advancement and the compelling attitudes of acceptances of all sorts of things including decades-old concerns that reach conclusions.  Some of these make it into songs such as "Love Thy Neighbor" and "Alyssa Green," while "Barry is Going to Prom" fulfills the promise of the show established right at the outset: yearnings need an answer and a fulfilment. 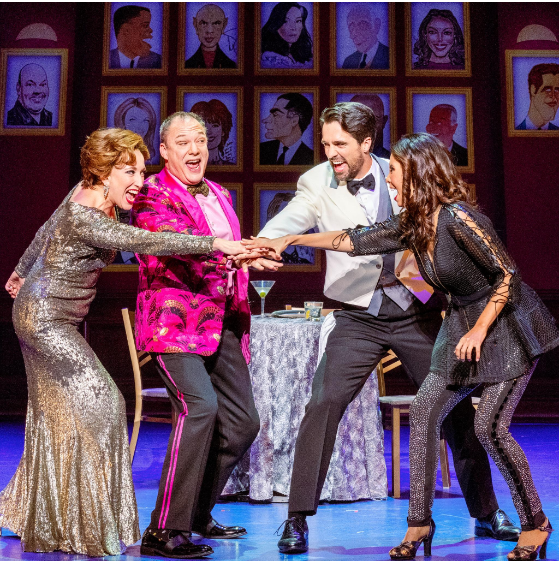 This is a very special show. It starts as a simple, selfish quest for four maladjusted adults and becomes a different sort of quest as Emma (played by Kaden Kearney) the semi-isolated lesbian, begins to dominate the story, as she should. Her girlfriend, Alyssa (played by Kalyn West) and her mother (played by Ashanti J'Aria) give the story several kicks, some painful, as teen angst battles with maternal denial. All of these serious story points serve to highlight the humorous delineations in the show's well-crafted book by Bob Martin of The Drowsy Chaperone fame and Chad Beguelin. Somehow in just over two hours everything is resolved, and everyone enjoys an outcome that satisfies.

Directed by Casey Nicholaw  each of the mentioned actors does a wonderful job bringing their characters to life on the Proctors' stage. As an audience member you often feel like a spying gossip-monger overhearing things that should be private. That is a brilliant way to be exposed to these people who live both public and private lives. Even Dee Dee, who makes an unfathomable sacrifice, manages to do so with the revealed secret embarrassing her and making her 100% more human in the revelation.

Ultimately the story belongs to Emma. In her costumes designed by Ann Roth and Matthew Pachtman she stands out against the many sets well designed by Scott Pask. All of this show's design elements combine realism and fantasy in hard-to-separate fashion including dreary motel rooms, and the upstairs dining room at Sardi's on Broadway, all well-lit by Natasha Katz. Mary-Mitchell Campbell leads an exuberant assemblage of musicians through the complex score which seems to almost never pause for a breath.

I truly enjoyed this show which I heartily do recommend without reservation. It is the finest Gayest musical since "Boy Meets Boy." 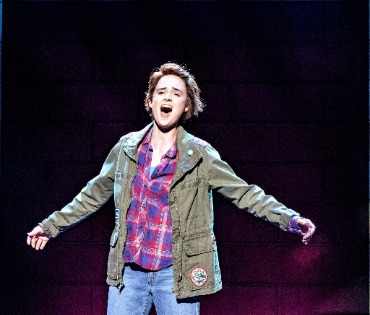 ﻿The Prom ﻿plays through March 6 at Proctors Theatre, 432 State Street, in Schenectady, New York. For information and tickets call the box office at 518-346-6204.