"Polly" is Dorothea Noonan, a political force in 1977 Albany, NY. She knows everyone, has no reservations about addressing the political bigwigs in their own salty language. She understands the men she bosses around, calls out and calls down as needed. Her husband, Peter, tolerates her, loves her, understands her even when she might not herself. She is part of the "machine" she denies exists. When the mayor of the city is looking at his 12th term in office he is compelled by his compatriots, his mentor and his wife to get rid of Polly, he makes the attempt but find out how difficult it can be to make such a change in the dangerous political climate in which he exists. This is drama, real life drama. Sharr White has based his play on real people and real incidents but this isn't simply life played on a stage; no, this is theater of the ridiculous made genuine and realistic. This is terrific entertainment and even with language that could even offend David Mamet this play is a standout for director Maggie Mancinelli-Cahil who has shepherded a fine cast of players through a regional minefield of melodrama.

The playwright has chosen to expose unlikeable people to the scrutiny of the masses. It is rather unlikely that anyone in this play can conjure sympathy.  Even the most innocent of bystanders gathers our warm welcome.  A young man, convinced to hold office, is lost when Polly uncovers his true self. She dismembers him with her wrath when Bill, well played by Jack Mastriani, tells her his motives for taking on a small, low-level political appointment. We may dislike the way Polly treats him, but we cannot avoid taking her side in this case, as the example here is justified through misplaced loyalty on her part. She exudes venom, and she has a right to do so, though her anger is misdirected and might destroy something that hasn't as yet been built. ﻿ 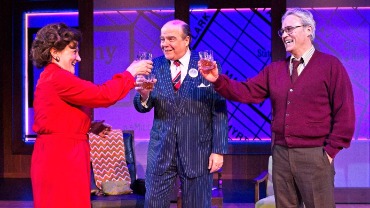 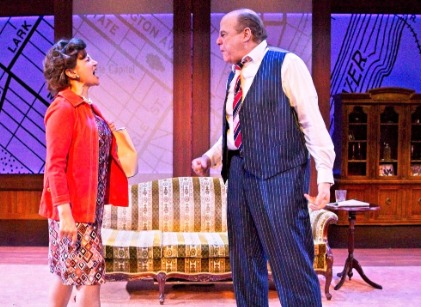 This play has been cast for types rather than for the visual good looks that can bring an unpleasant character closer to its audience. Erastus Corning II, the incumbent mayor, is not a romantic figure, as a result of this choice, and in the able hands of Michael Pemberton is not even sympathetic. In the first scene the mayor acts on a decision that is as unpleasant and uncomfortable as possible. It sets Polly onto a tirade that continues through the final moments of the play. Pemberton's Erastus holds onto his decision with every bit of exasperated soul he can muster. He even makes the tears of frustration into a flood of reality. ﻿ 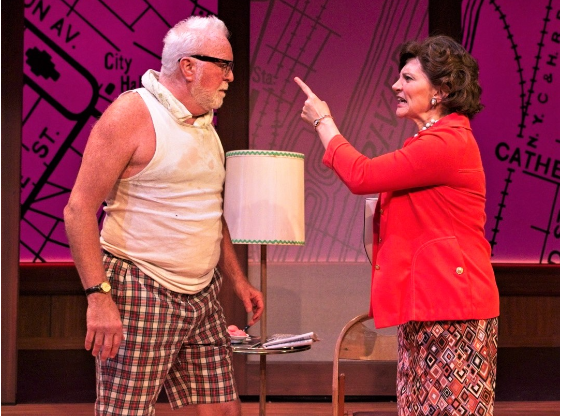 ﻿﻿        ﻿﻿Kevin McGuire plays the political machine's principal driver, Charlie Ryan, in his underwear with swagger and verve. One of the most unlikeable characters in the play, McGuire manages to give Ryan a sense of sympathy near the end of his time with Polly. The hot discussions of the political futures of several key figures during a hot, airless summer night in Albany is all too real on the Capital Repertory's new stage. Ryan's anger at being confronted in his home is as heated as the talk he has with Polly, one which sets up the play's final confrontations and her outrageous verbal displays.

﻿Every man in this play has to deal with Polly and, hard as it is to believe, every man has to fall back on every other man for reasons of self-preservation. They may be good friends, rivals or merely passing acquaintances but Polly's influence touches them equally. Polly's political idol, Erastus, loves Polly's husband Peter although their friendship is based on mutual adverse relationships with her.  Neither man can live without her and neither one can easily live with her. Their very male existences are tied to her equally masculine energy. They live no-win victories over one another while trying to avoid her wrath and indignation. 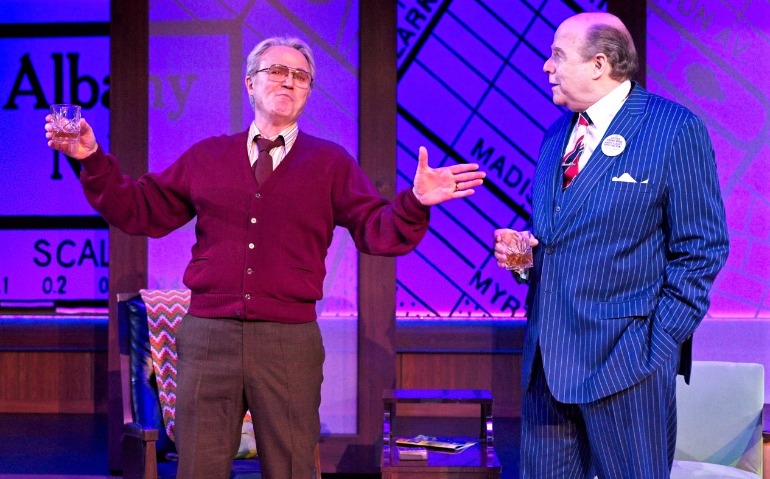 Peter Noonan, her husband, is sweetly and honestly played by Wynn Harmon. This is an actor who can make biter tea taste like a strawberry milkshake. He makes love under pressure and takes care of the torturer's ego when it's damaged. Peter understands what the elements are that surround him, and he manages to suffer in unreasonable silence when he must in order to stay close to the woman he really loves despite her ego. Harmon is amazing to watch as he pours another drink or massages weary shoulders as his character endeavors to stay above the fray.

He displays qualities that the young politician played by David Kenner will never be able to replicate as his ego grows exponentially into inevitable oblivion. He'll never even be able to control the scene the way Betty Corning does as played by the brilliant Yvonne Perry. 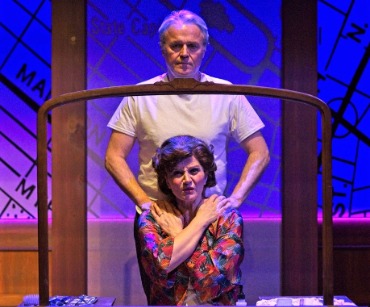 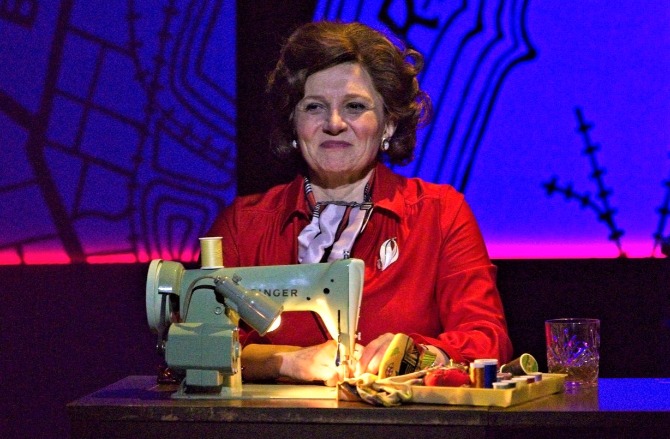 Director Maggie Mancinelli-Cahill has created a monster with actress Antoinette LaVecchia's outrageous Polly Noonan. Together these women have forged a woman of steel with a heart of gold, tarnished but brilliant. LaVecchia rips into the role, ripping out the guts of men who should be able to take her on and roping them into her corral like a rodeo star would. Self-protective and self-righteous, Polly is like a Citizen Kane in strength and purpose, his heart on his sleeve and his intensity masked by a sense of humor that wounds others. She is a truly extraordinary actress.

The production, set in 1977 Albany feels right. Roman Tatarowicz's set is fluid and Howard Tsvi Kaplan's costumes are up-country tacky while Devorah Kengmana's lighting is emotionally right. The Rep has a hit on its hands, a well-deserved hit that exposes the large world machinations of a political center in what is really a small city and not a world at all. Or is it? Look around at our world today and say otherwise. ﻿

The True plays on the mainstage of Capital Repertory Theatre, 251 North Pearl Street in Albany, NY through May 1. For information and tickets call the box office at 518-346-6204 .