"The Royals? They're like the Mafia with funny hats."

It's fun to discover a new comic playwright in our midst, a sort of Berkshire Neal Simon, who writes laugh-out-loud dialogue and situations that manage to resonate with you in a heartfelt manner. Jessica Provenz and I were in a Berkshire Playwrights Lab workshop for together for three years; we both had our plays chosen for a public reading. I got a workshop production out of it; she placed two ten minute plays in Barrington Stage Company's 10x10 festivals. Now she is the latest discovery that company has presented as her full length production, BOCA. opens for a run in August and I get to praise her work, critically. Life is funny that way. You can never predict what the future will bring. And praise I do. Twelve playlets with twelve characters played by a company of six actors give us a complete little epic about some "older" people who reside in a condo community in Boca Raton. Each short piece, running three to fifteen minutes each, enliven and amuse the audience while moving the story of these people and their episodes along to a wind up I will never forget. Like all fine comedies this play ends with a sense of new beginnings, regrets and gratitude for lives worth living. And you can't help laughing even when things look grim. 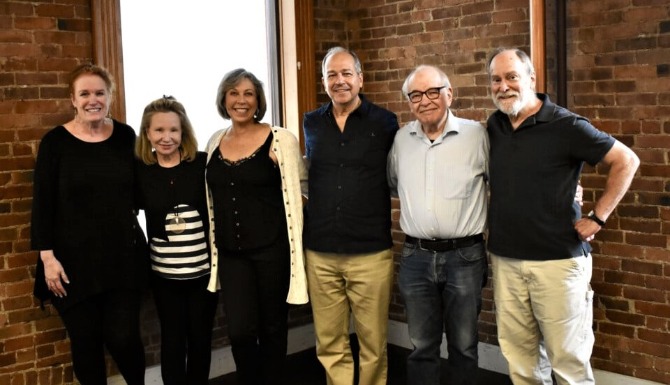 on the first day of rehearsal.

Directed by Julianne Boyd, whose sense of humor jibes with the author's, the show is fast-moving and frolicsome. Even when the topics turn sour the two creators bring a wry smile to our faces. She takes her pace from the writing and with her crew devises sly transitions from play to play utilizing her wonderful cast - Debra Jo Rupp, Peggy Pharr Wilson, April Ortiz, Gabriel Cruz, Robert Zukerman and Kenneth Tigar, together with the stage-crew, to move us on to the next adventure aided by Alexander Sovronsky's excellent sound design. 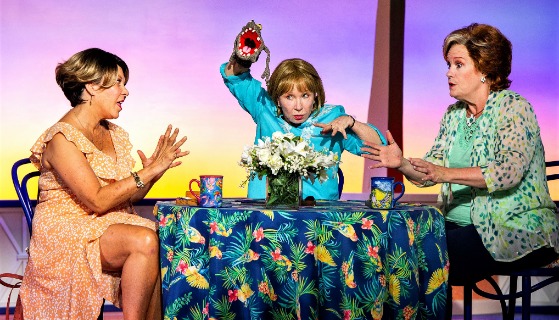 In the second play, All In, Ladies, Provenz opens the plot with a rousing bang. Legacies and Poker set the primary adventure underway. Women, cards, a hand-puppet and Susan"s (Rupp) news carry the story forward. The author picks up a leitmotiv from scene one - the unexplainable absence of Stevia, the artificial sweetener from the condos and the country club - a joke she carries through to the final scene. This classic concept in comedy writing is but one example of the proficiency Provenz displays throughout. Later in the play, this is revealed as a symptom of what people do under compulsion, another theme of this comedy. When Iris (Rupp) is disappointed in an anniversary gift she simply doesn't understand, she steals her husband's car and with a friend just runs away. This leads to an even more comic adventure that underscores the main story. ﻿ 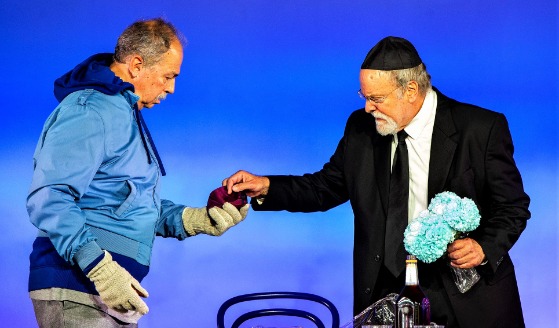 Robert Zukerman as Rabbi Wolberg makes the most of all his moments both off and on the golf course. As Marty, the character who opens and closes the play, he is gruff and tumble, rougher than sandpaper but as loyal a friend as anyone could hope for if negativity is your desire. His Rabbi, on the other hand couldn't be more concerned for his fellow man. The contrast is fun to watch and listen to from scene to scene.

His counterpart, Father Tom, is just his opposite. The counterpoint is delightful as Tom wants to be like the Rabbi but even his minor sins in Golf keep him apart from the Rabbi's piety. Gilbert Cruz plays this character perfectly and as his other character, the sexy husband of Susan, named Doctor Luis, pleases terrifically in his dramatic scene at the end of the play, his comic moments and his almost nude scene also.

Kenneth Tigar gets his share of laughs in the first act scene, Stay, Please. This was the first play of the series, seen in the 2019 10x10 plays. Elaine (Wilson), a widow, invades Bruce's (Tigar) condo bearing a large, freshly baked lasagna. Bruce is a newly widowed gentleman and in a situation where the ratio of single women to single men is 5 to 1 Elaine knows the competition will be fierce. She has decided that no matter what it takes she will overcome the others and sets out to do  whatever is necessary to get her man. Wilson, who originated this role two years prior has defined it beautifully and Tigar makes an excellent target. In his other role he plays sweet Mo, somewhat based on a man to whom Provenz has dedicated this full-length play. ﻿ 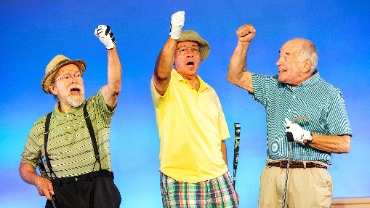 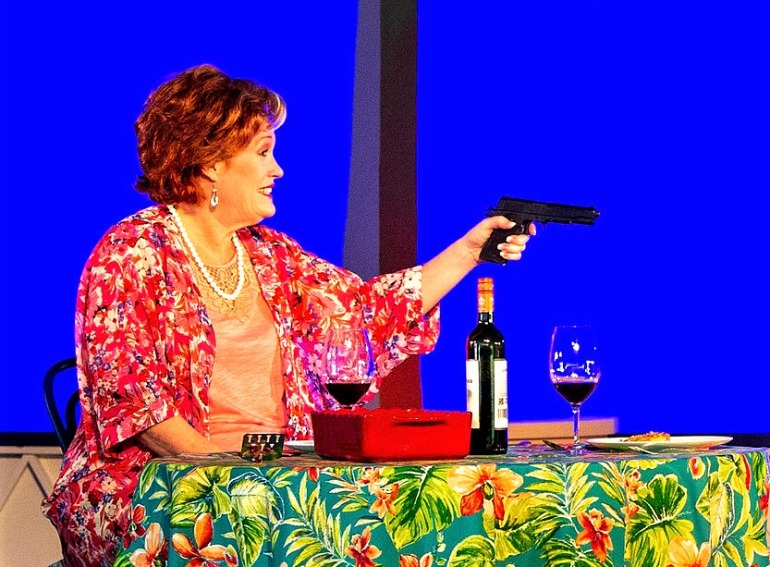 Imagine, if you will, seventy-five year old Thelma and Louise. Funny, right? Wait until act two and find out for yourself.  Provenz provides. With fun sets by Brian Prather and ideal costumes designed by Jen Caprio and everything lit to a Florida sunshine hue by David Lander this romp led by Provenz and Boyd hits every cylinder in an electric car or yellow golf cart.  What next, you wonder? See the play and find out. 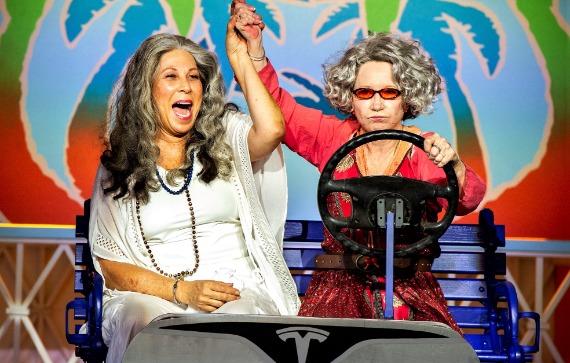 Boca plays Under the Tent at the Production Center on Laurel Street in Pittsfield, MA through August 29. For information and tickets go to their website, www.barringtonstageco.org.