The Half-Life of Marie Curie;  Beetlejuice: The Musical;

Theatre in New York is always an "experience." You don't just go, read the program, sit and enjoy the piece. No, theatre in the big city, the apple, calls for you to use your brain in a whole batch of ways: you listen, you watch intently, you find meaning, you think - almost out loud but not quite - and you decide what you believe. Then, if you're lucky you talk about it all with someone near you.  I just did all that and need to talk about it to someone, so it might as well be you even if you didn't share the experience.﻿

All three shows have close connections to the Berkshire region theatres as so many of the artists involved have had great success here in shows produced by our resident companies. Among the players who show up in this trio of shows are Leslie Rodriguez Kritzer, Francesca Faridany, John Benjamin Hickey, Mark H. Dold, Andrew Burnap; the playwrights Lauren Gunderson and Matthew Lopez; designers Willliam Ivey Long, Kenneth Posner, Sarah Laux, Amith Chandrashaker; director: Gaye Taylor Upchurch.

Put a physicist and an engineer - both influential in their time, both female - and let them talk for 86 minutes about their work and the lives and their own special relationship and you risk harsh criticism. Put those characters into the hands of the very talented Francesca Faridany (Marie Curie) and Kate Mulgrew (Hertha Ayrton) and the only criticism possible is that there just isn't enough of this play. As their lives play out before us Marie is suffering public humiliation because of her affair with a married man and Hertha is her only refuge. It is a curious friendship based on mutual admiration and though they maintain a closeness, there is no real compassion in either of them. I heard someone in the audience call this play more a history lesson than a theatrical experience, but I have to refute this. The sharing of ideas, and the need for facts with which to do so, makes for excellent theater. If it happens to educate the audience at the same time then that is a blessing and not a curse.

Both Actresses have taken what is natural to them - beauty and stature and retained the latter for their physical roles. It is beauty, inner beauty, that shows itself through their special characters belief in themselves, their right to be who and what they are, and their sharing of such ideals. Hertha seems strongest, but she has her own fears and weaknesses to deal with. Marie is despondent over her loss or credibility through her very human needs. Faridany becomes beautiful step by step, scene to scene. Mulgrew is a shining example of inner beauty from her first words and she only loses a slight bit of what comes naturally through her anger and disapproval of Marie's reluctance to communicate.

This is high-end, edgy theater beautifully directed by Gaye Taylor-Upchurch who makes the wordiness of Lauren Gunderson's play always appropriate. This is Off-Broadway at the Minetta Lane Theatre (just off Sixth Avenue between Bleecker Street and West 4th). It ends its limited run on December 22 so hurry on down to Greenwich Village and see it. 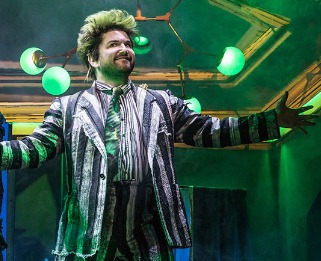 On Broadway is Beetlejuice, a musical based on the 1988 Tim Burton film about a poltergeist (played by Michael Keaton) who haunts a house along with a newly deceased couple (Geena Davis and Alec Baldwin in the movie) and tries to scare away an odd family (originally played by Catherine O'Hara, Jeffrey Jones and Winona Ryder). The musical at the Winter Garden Theatre was written by Eddie Perfect (songs) and Scott Brown and Anthony King (book). While the cast of the show is excellent, the gold in this show is based on its physical production by David Korns (scenic) William Ivey Long (Costumes) Kenneth Posner (lights), Peter Hylenski (sound), Peter Nigrini (projections), Michael Curry (puppets), Jeremy Chernick (special effects), Michael Weber (magic and iIlusion), and Charles G. LaPonte (hair and wigs). More than any other show I've ever seen these are the elements that score highest. Director Alex Timbers has manipulated these elements, and the actors dropped into their midst deliver a non-stop, hectic, mind-bending experience with choreography by Connor Gallagher. A weridly satisfying show it might give you a headache but one you won't regret. 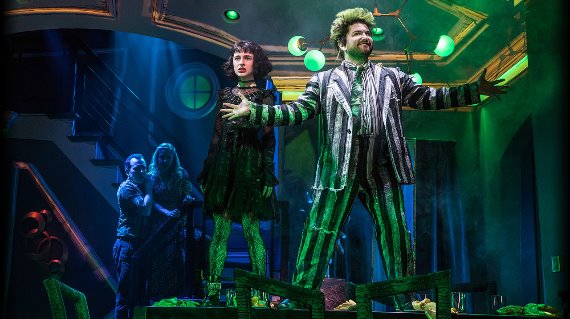 The Inheritance by Matthew Lopez; directed by Stephen Daldry 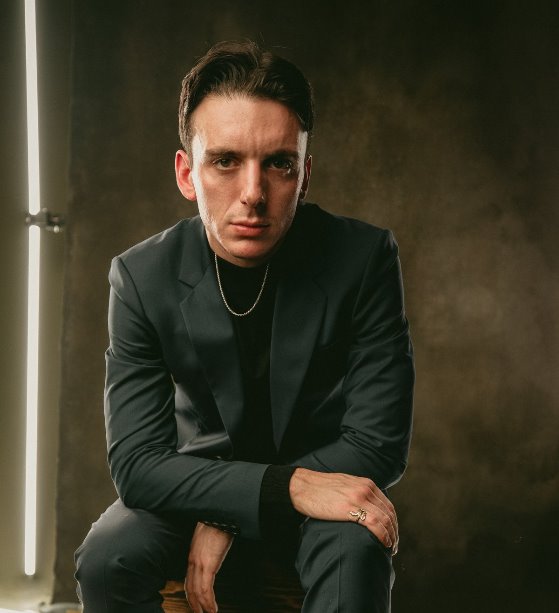 ﻿﻿The Inheritance is a play in two parts, each over three hours long, by a man whose work has been often produced in this region by many theaters. It has a cast of fifteen players (in multiple roles) that includes two of my favorite actors: Lois Smith and John Benjamin Hickey. It is an episodic work covering the history of three men from 2015 through 2018 (but including looks back at least ten years earlier). It must be seen complete; I heard a man behind me say that he had no intention of ever seeing Part II and I can only say that no bigger mistake has been made by a theatergoer to my knowledge. At the Ethel Barrymore Theatre this mammoth undertaking is among the most rewarding things I have ever seen. Its length and its shape make it almost certainly not a play that we will see here for in addition to the large cast there is a need for another dozen walk-ons whose appearances provide a chilling conclusion to Part I of the play and a group of standbys to cover the principal company.

The play itself deals with three young men, gay man, whose lives converge during the production of a play by one of them - Toby Darling - played so well by Andrew Burnap that you hate him most of the time. His lover, Eric Glass, is played to the enth of sweetness and a humble opinion of himself by Kyle Soller. The two men both of whom are loved by Toby and Eric, are played by Samuel H. Levine who gives each character his own special traits and though they are alike in looks they are definitely not alike in personality. All three actors are superb. 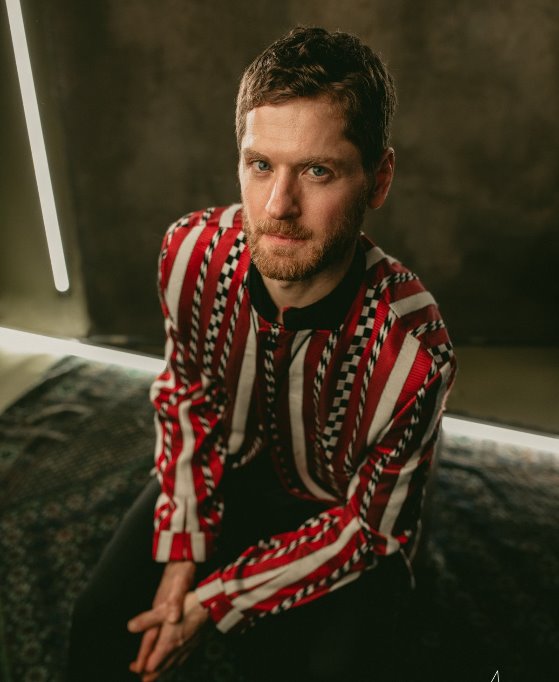 It is the way they are treated by others that gives this play both its focus and its transitions. Morgan (the living spirit of author E.M. Forster) and Walter Poole, both older men, are played to perfection by Paul Hilton. It is his death that enlivens Part II along with Walter's "ex" Henry Wilcox, played in the best surly/romantic manner by John Benjamin Hickey that ultimately defines Eric as the leading man in this show.

Late in the all-male play Margaret - the mother of a young man lost to AIDS and helped by Walter - appears and delivers a most moving monologue about kindness, love and misunderstanding. She is played by the incredible Lois Smith who brings power to her role and a deeper meaning to the lives of both the dead and the living men in the play.

The simplicity of the set design by Bob Crowley aids the play by letting us focus on the actors instead of the decoration.  The same can be said for the lighting design created by Jon Clark. Paul Englishby's original music is also a plus. This production won the company (many of the originals are invloved in the New York production) four Olivier Awards in London where the show had a long and successful run.

It is interesting to note that this play, which takes 6 and a half hours to complete, fits in with the accidental choices I made for my other two nights: Beetlejuice and The Half-Life of Marie Curie. All three deal with outsiders, people who don't fit the basic descriptions - women are more than only women, they are important in fields not ordinarily ascribed to women) and wicked ghosts and goth teenagers who inhabit a world that others cannot easily enter and surive. The men in this play are just as out-of-reach to the ordinary as the aforementioned. Lopez whose work always shines with originality outdoes himself and he shines even brighter.