Who Could Ask For Anything More? The Songs of George Gershwin

﻿"She is staying until after dark."

When the curtain ostensibly rises on the open stage under the tent at Barrington Stage Company's production center site just off Merrill Road in Pittsfield, MA, the sun is still up, although it is in its setting setting. On a very bright evening the show begins with a very cut edition of George Gershwin's "Rhapsody in Blue and when the show concludes 75 minutes later the area around the tent is dark - very dark. But in between those two moments there is only a single word to describe the theatrical experience that has just been witnessed: JOYOUS. Gershwin, who combined the sounds of his Russian-Jewish heritage with the black music he heard all around him in 1900's New York City - jazz, blues, rhythm and plaintive melody -  has just delivered to you on a silver platter songs you've always loved and wished were your own.  With an extremely talented and unbelievably attractive cast of players director Julianne Boyd has delivered a challenging, exciting, musical show that opens a pathway from your ears and eyes directly into your heart. You're left elated, enthused and completely joyous, as noted. Truly, truly who could ask for anything more? 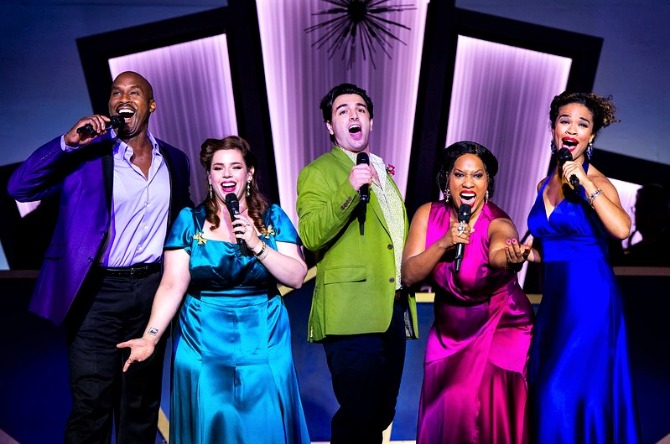 With Gershwin you have choices: popular tunes, concert music, opera arias, dance specialties, jazz, blues, show songs, comic, tragic, romantic duets and period pieces, so why not use some of each. That is just what Boyd and her musical director/co-creator have done and while they make the old and familiar new again, they have included some rarities most audience member may not know. Standard such as "'S Wonderful," "But Not For Me," and "Someone To Watch Over Me" are joined by "Naughty Baby," "Little Jazz Bird" and "I've Got a Crush On You." The Gershwin Brothers opera "Porgy and Bess" contributes two of this show's finest moments. The five performers meet every episode with their shining talents outdoing what the composer has placed on the page. Their vocal interpretations keep the oldest material fresh and the most popular hits become your new favorite song time and again.

If you've ever wondered what the  body can do, how far from normal it can be twisted and distorted without being disturbing, this show will show you every extreme and make you love it. Jeffrey L. Page, the choreographer, provides controlled chaos, particularly through the work of Jacob Tischler, whose bio says he is a sourdough bread-baker and he certainly applies every iota of the energy it takes to knead that bread to his dancing. That he sings just as well is little short of miraculous. Similarly Britney Coleman becomes the "Naughty Baby" of that song as her persona emerges full-bodied through movement. Choreographer Page provides everything from swinging hips to mournful dips for this cast as they transform into each songs special character. There are echoes of Fred Astaire at times, Michael Kidd at others, Martha Graham and Ginger Rogers as well.  Classical ballet may be the only dance form not exploited by this company, but that's about all. This is just what is needed by this show which travels back and forth in "real" time from World War I to the dawning of World War II. Page perfectly opens up each number for all its worth. ﻿ 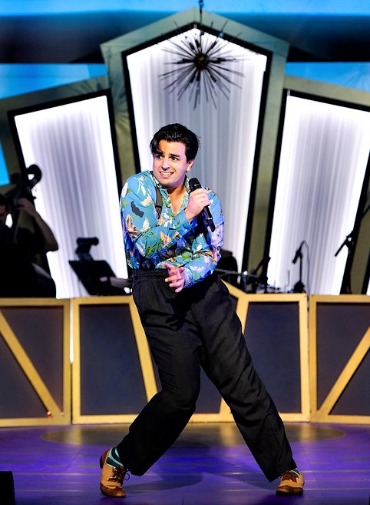 The Moment of Moments, and then some more. 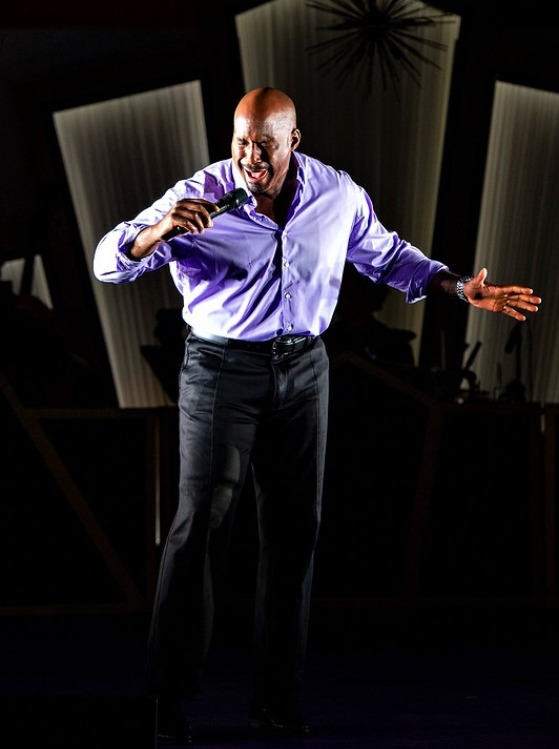 Late in the show Alan H. Green confronts the difficult truths in our collective lives by singing a song not often associated with a man, an aria for a soprano, Serena, in "Porgy and Bess": "My Man's Gone Now. " It is one of those theatrical presentations that you will find hard to forget. The blues of the piece and the mournful musical phrases will sear into your soul and for those moments nothing else will matter to  you. I've become an Alan H. Green fan over the past several seasons and with this song he has just about topped everyone else I've seen. If a ticket price seems out of range, this song makes it more than merely worth the expense. This sort of performance is really what theater is supposed to be about. 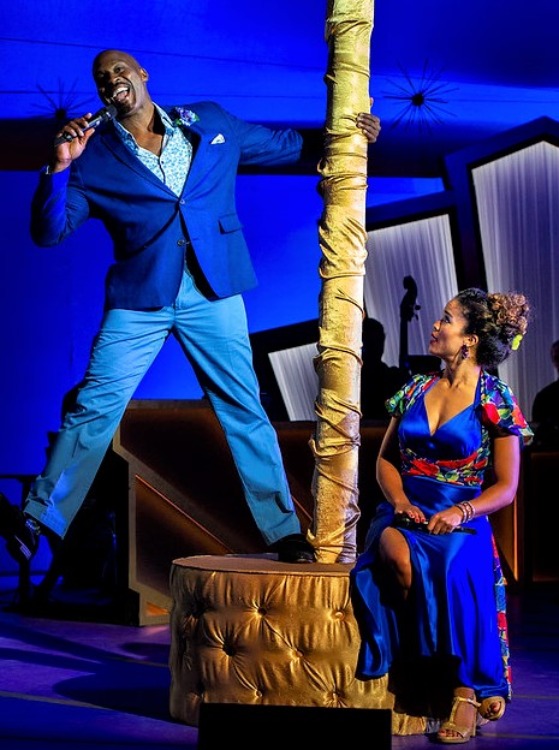 The lighter side of the actor comes to the fore more often in this revue. His exuberance, first seen and heard in "They Can't Take That Away From Me" and the opening number communicates to the rest of the cast and Britney Coleman catches and matches his high spirits in most of her numbers. She has a shining beauty that is irresistible and it seems as though nothing can take her away from the Gershwin high spirits that dominate the entertainment. She is the female side of many duets with Jacob Tischler and her flirtatious nature perks up many of the moments she spends with Green as well.  While it might be said that she brings the sex to the stage, much as Ginger Rogers did for Fred Astaire in their films, she is much much more than merely an image.

This is not just a series of songs leading to applause. This show is really about those qualities that unique and extraordinary talents bring into our lives.  George and Ira Gershwin were above the ordinary. They could make simple statements sing and sung words seem like honest, realistic and open-handed statements, offerings of sympathy, proposals of all sorts and realistic understanding. "But Not For Me" as mourned by Coleman and "Summertime" as grandly celebrated by Allison Blackwell are two of those great and expressive examples. Alysha Umphress exudes youthful need in "Do It Again", expresses deep-felt losses with "The Man I Love" and cerebral anxiety with "Embraceable You." Her scat singing is reminiscent of Ella Fitzgerald too, which is just amazing.

The three women get together with the band's bass player, Mitch Zimmer for Gershwin's "Slap That Bass" and prove once and for all that three are better than one while Zimmer seems to have the time of his life in this rarely performed specialty number originally sung and danced by Fred Astaire. This group effort exemplifies the fine work done by the production team of Lex Liang (Set Designer), Sara Jean Tosetti (Costume Designer), David Lander (Lighting Designer), and Josh Millican (Sound Designer). Darren R. Cohen leads an excellent ensemble of musicians. Boyd and Page pair beautifully creating the revue's stage pictures, each contributing what each does best. There's nothing more one could ask for here as the show touches perfection again and again. 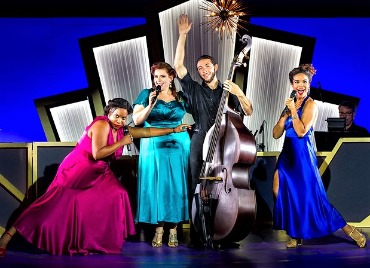