"And she told me I must never, never, NEVER do that again."

﻿Sometimes honesty is indeed the best policy but at other times it should be replaced with something else: dignity, perhaps; pride, certainly; resistance, more often than not. Playwright Jeanne Sakata has used all of these elements to tell the true story of Gordon Hirabayashi, a relatively unsung hero in the American mold who resisted the American effort during World War II to contain all US residents of Japanese heritage in order to protect the sanctity of this country. Proving to be little better than the German concentration camps (there were NO gas chambers, at least) the American deterrents were places where good people were confined and removed from all they had established and built through as many as three generations.

Gordon was a second generation American, born on US soil and raised by a good family that lived an American life based on their Japanese traditions. For resisting this stigmatizing  and abhorrent existence Gordon was tried, pursued, imprisoned and tired again, finally coming to the United States Supreme Court for a judgement. It's a remarkabe story and it doesn't end there. The play, like his life, holds many surprises. 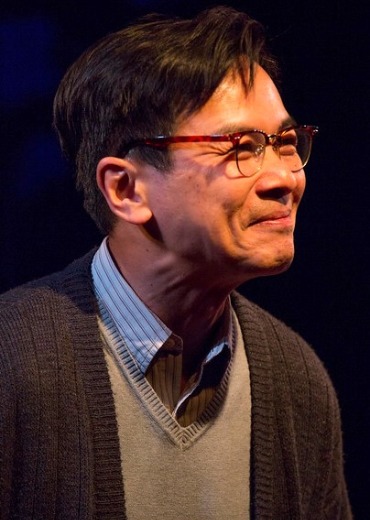 In Barrington Stage Company's opening production, HOLD THESE TRUTHS by Jeanne Sakata, Gordon Hirabayashi is played by Joel De La Fuente. To say that his work is very good would be to belittle the work of a fine, fine actor, a man so graceful that his performance seems choreographed rather than merely directed. He moves through, around and within the St. Germain Stage and its minimal set, nicely pulled together by Mikiko Suzuki MacAdams, to keep us on our toes as we follow Gordon from a farm in Washington State to college in the East, cities in the mid-west, Washington, DC, and more. Moving the set pieces to construct each locale, De Le Fuente creates environments aided by the work of lighting designer Cat Tate Starmer.  There is never a lull in the story, however, and the seamless sense of Japanese theater justifies every alteration. But it isn't the set or the lighting in this instance that keeps us interested. It is the storytelling excellence of the actor center stage.

﻿﻿﻿﻿With a wonderful voice, an expressive face and hands and an agile body that allows him to age, to youthen, to toughen, to soften at will he tells and performs the story of Gordon Hirabayashi in the first person, becoming each of the man's relatives, friends, acquaintance, accusers, defenders in turn and never losing the reality of any of them.

For me the one-man play rarely engages me totally. I long for another voice, face and body. In this case, however, the art of the storyteller that this actor possesses and the grace of a ballet dancer that he displays (and that never distracts or confuses) makes the 90 minute play enthralling. There is much to be said for the balance De La Fuente maintains between total reality and utter theatricality. Moments of actual fear for his person infiltrates the audience space as Gordon attempts to live by the words and the spirit of the Constitution. As he defends what is intrinsically American it is impossible not to reflect on the idiocy of mistakes repeated in our current world as Congress defends the decisions made by our elected leader to do what he believes is right, though it is obviously wrong, about our immigrant situation. The human errors, or inhuman if you'd like, from the 1940s that startle us each week as new, contemporary solutions to a problem that doesn't really exist are drawn out here on the Barrington Stage for us to witness up close. It is the power of really good theater that gives us the almost-touch-it feeling as a political mistake beautifully takes place in a local arena. By the end we can almost feel what the American-Japanese felt when they were wrongly quarantined for no actual reason.

This is a play that every teenager in the region should be taken to see. It teaches as much as it enthralls and entertains. It's an important piece. 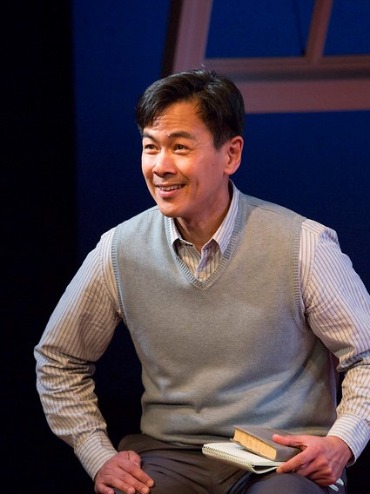 For information and tickets go to Barringtonstageco.org or call the box office at 413-236-8888.