Ethel Waters: His Eye in On the Sparrow

"Am I Blue? Ain't these tears in these eyes telling you?

Some life stories are conjugally based. Ethel Waters, was married twice, once in her early teens and once again in later years, did not have a conjugal tale to tell. Others have a career based on trauma, despair and remorse. Not Ethel Waters. She had a mixed-up sort of childhood, born out of wedlock to a mother who was more like a sister to her - a crazy sister, but still. . .  She thought she'd be a laundress and she portrayed a woman of that sort several times. Born and raised in Philadelphia she played simple southern women, wise and warm, in her stage and film  work and for her television work she was eternally "Beulah," a housekeeper who solved every catastrophe her white employers conceived. In the play "Ethel Waters: His Eye is On the Sparrow," now on the new stage at theRep in Albany, New York we are given the opportunity to get much closer to the genuine Ethel Waters for a change. Somewhat single-minded about her career as a singer and actress, she dominated her relationships and washed no man's dirty sock or underwear. She was a treasure, nonetheless. 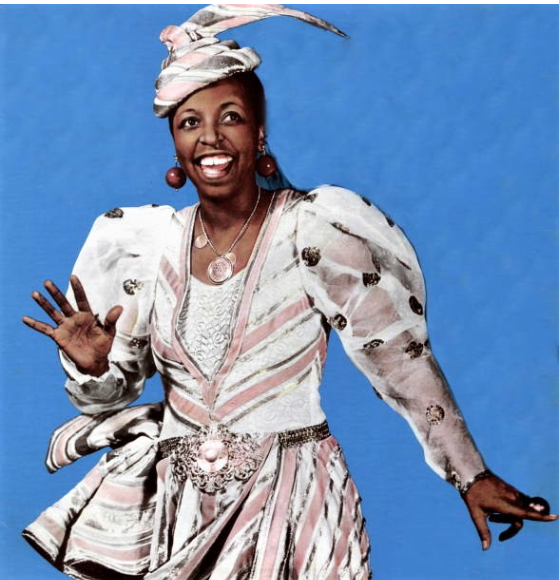 This picture is of a woman in mid-career. She was a person of power and impact, not just in her public performances but in the personal management of her work and  her image. Earlier, in the 1920s, the extremely slender Waters was known as Sweet Mama Stringbean who vied for popularity with Bessie Smith, Ma Rainey and other vocalists of the time. Her work in nightclubs likened her to another wonder of the era, the banana-skirt queen, Josephine Baker. It is this part of Waters' life that never comes clear in this play as the actress portraying her , Jannie Jones, can not possibly do justice to the face and form of the young aspiring singer. Outfitted in loose, period-style shifts by costume designers Florida Studio Theatre and Andrea Adamcyzk, she  resembles a stout child through too much of this first half of the show. 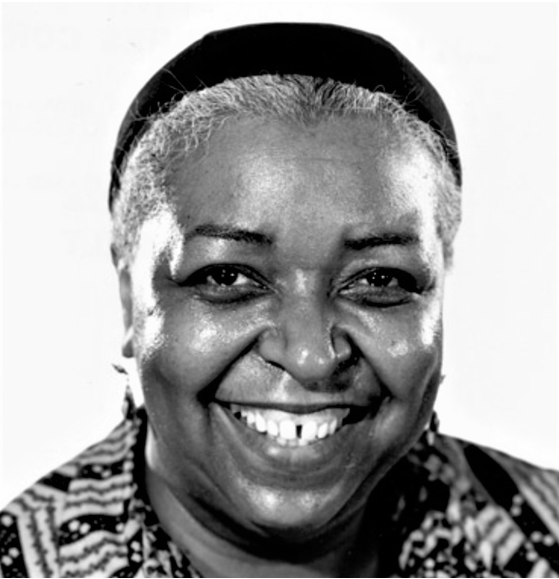 The one-act show, running a bit over one hour and thirty minutes,  has a natural two act feeling; it even has an obvious first act closer and a second act opener. But in this Covid era a single act seems to be the way that many theatres are now presenting their offerings. The new, wide stage has a fine set, comprising several locales used to represent many places, designed by S. Anthony Panfilli. The lighting which helps to guide us from place to place and era to era  has been designed by Travis McHale.  The one major design element that definitely needed work on opening  night was the sound by Rider Q. Stanton. Beside Ms. Jones, the only other person on stage is music director/pianist Josh D. Smith whose instrument tended to drown out the Waters character's songs so it would seem that some additional balancing needs to be done.﻿

There is so much wonderful music in this play, this mono-musical-drama, that it sometimes seems that the story of Ethel Waters' remarkable life is only of secondary interest. Clearly the intent of playwright Larry Parr is to present the whole woman, the entire story in as short an amount of time as is possible. This is an impossible task. What we learn about Ethel Waters is fascinating. What we don't learn about her is just as important and I advise everyone who sees this play to do some research afterward. She achieved so many "firsts" that a show entitled just that would be just as compelling. This is the third one-woman show. by the way,  about famous Black performers  that I've seen this summer, the other two at Goodspeed By the River in Connecticut about Pearl Bailey and Nina Simone; the year lacks only an Ella Fitzgerald show to complete the grouping.

Miss Jannie Jones is not Ethel Waters by any means. She is a good actress but she never achieves much of a sense of Waters' incomparable style and unique delivery. The woman was a world unto herself. She delivered her dialogue as though it was gospel, always true and honest and real, so real you had to pinch yourself just to be sure you were watching a movie or listening to a recording. You  could hear her smile or frown; you could feel her hug, you almost smell her hair. The close-up reality she imparted in her performances has never been equalled in my long experience. I cannot fault Ms. Jones for not being able to achieve this. It is a one of a kind essence that made her a star and kept her one to the end of her life. 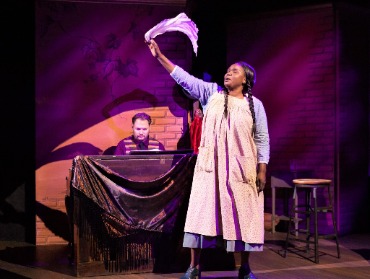 Sue Caputo has provided the choreography for this show and while there isn't much dancing there is plenty of movement. I am assuming that prop and costume changes that take place on-stage with Ms. Jones come under the heading of chorography. This is accomplished with such aplomb by two veritably invisible young women that I was surprised not to see them allotted a bow at the curtain calls. There was a wonderful symmetry to each change and even more than Ms. Jones  occasional dance bits including a tribute to Bill Bojangles Robinson were sweet and well done. 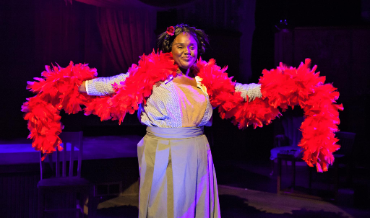 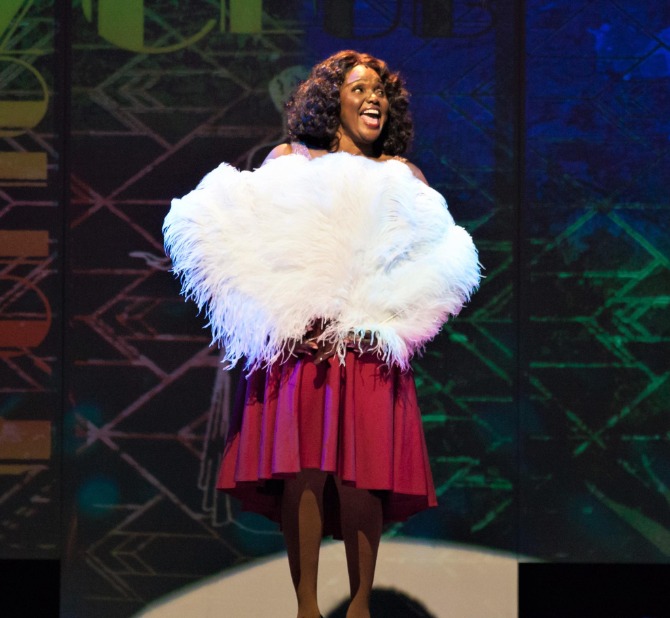 Artistic Director Maggie Mancinelli-Cahill  has inaugurated her new theater with this tribute to one of the American theatre's greatest and most unique artists. She had directed this play with a strong sense of many characters and each conversation or confrontation that Ethel Waters has in this play is played with two people, seemingly ﻿visible on stage though only Ms. Jones is standing there. She fills her stage with on-lookers we can only see in our imaginations and yet they feel so real. This is a beautiful job and a joy to watch. At the end of the performance you stand  up wishing everyone well and achieving all future successes. I think Ethel Waters would be pleased!

I only wish there were real programs inn hand instead of hand-out sheets encouraging you to copy its QR code to read the program because as soon as you do comes the announcement to turn off your phones and devices and there goes the program. I like to have my program in hand. I like to know who wrote the songs. I want to see who's involved. Sometimes a return to old ways are best and Ethel Waters would agree.

Ethel Waters: His Eye is On the Sparrow  plays through September 26th at the new theRep located at 251 N. Pearl Street in Albany, NY For information and tickets go to their website at capitalrep.org or Contact the box office at Proctors  Collaborative.﻿