There are times when memory plays tricks on you and times when your memories are open to question. My memories of my grandmother have many colors, many perspectives. I recall my mother, distraught at not being able to reach her mother on the phone, drove from Long Island to the The Bronx, nearly hysterical, only to find my grandmother sitting on the fire escape in her third floor apartment wondering why the people passing below her on the street wouldn't reply to her as she talked at them incessantly. She had been there for three days, wondering why. That memory and so many more came rushing back to me as I watched Shakespeare and Company's production of Kenneth Lonergan's play "The Waverly Gallery." Nineteen years ago I saw one of my favorite actresses of all time, Eileen Heckart, play Gladys Green with Maureen Anderman as her daughter, Ellen Fine. This time around two of my favorites have assumed those roles: Annette Miller and Elizabeth Aspenlieder.  The pain of the play can hardly be called a treat, but what a treat it actually is to watch these two actresses revive the heartbreak of this story of increasing dimentia, of Alzheimers taking away the reality of a lifetime. 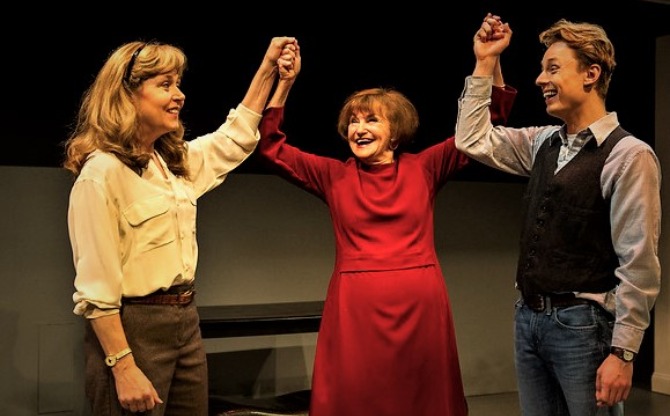 The central family consists of daughter Ellen, played by Aspenlieder, her mother Gladys, played by Miller and her son Daniel, played by David Gow.  All three bring marvelous talents to their roles and all three have moments that move the audience to a teary reality. Gow, as the narrative voice of the play is centrally involved in the action as well and by the near- final scene in the second act, set in the hallway between his Greenwich Village apartment and his grandmother's place, the frustrations of all three are played with full force and emotional imbalance. Three generations of a unique family of loving individuals forced to cope with the changes time has brought to Gladys's existence is too much for any of them to bear and the audience is dragged along with them into despair.

What, you have to ask, is subtle about this play, what is nuanced?  Primarily it is Annette Miller's performance. In each scene, as time progresses, so does the level of her dimentia, emotionally, physically, psychologically and intelligently. The actress brings heightened reality to bear on Gladys. Her gradual defeats are acting triumphs as her illness increases its intensity and the character loses her own. This sort of acting is rare and Miller takes up the challenge here by the literal skin of her teeth and chews her way through stage after stage of major loss. It's the kind of performance you might experience once in a lifetime. Twice if you're lucky.

Tina Packer has directed this play with a velvet glove sustained by bailine, that whale-sourced stiffener that made corsets so rigid. There are no weak moments here, no senseless distractions. Almost slavish to the script she has allowed a very talented cast to project their characters through James W. Bilnoski's effective lighting to an unsuspecting audience whose laughter brings tears. She has guided them into perfect pictures of imperfection in the souls of people who see and respond to what they expect to see. The truth behind all of what occurs in this play is the secrets each keeps for as long as possible. Packer knows how to show this very real aspect of humanity without making anything preachy. Here we have a show and tell play shown and told as ideally as possible.

Aspenlieder's impatience is perfection. Like my own mother dealing with my grandmother Ellen suffers, accuses, relents and never relaxes into the future reality she perceives so clearly. This is one of her finest performances to date, and may be a predictor of many more fine characters to come. 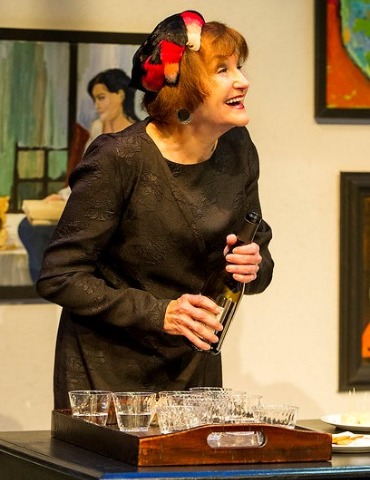 The only non-family member left in the script is a young artist from Lynn, MA, Don Bowman, who accidentally becomes an integral caregiver for Gladys. David Bertoldi plays Don in a most engaging manner and wins over Gladys' family as he wins over the audience.﻿

He makes an engaging, youthful opposite to grandson Daniel, played by David Gow. Packer gives us moments with the two young men who have no successful relationships that smack of the Greenwich Village I knew in my twenties, a place where almost any relationship can be forged, kosher or not, between interesting people. Gow's character is almost too hard to resist as he goes back and forth between avowed faithfulness to Gladys and that need every generation suffers of moving away and on from the famiiy ties that entrap you. His work in this role moves the actor another step forward toward leading man status, but always one with an individual quirkiness.

The role of Alan George, the landlord of the Gallery, has been cut from this edition of the play and, even so, the play runs almost forty minutes longer than it did in Williamstown, coming out at nearly three hours (with the intermission). 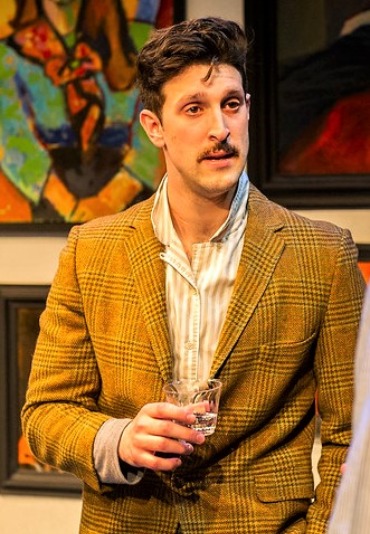 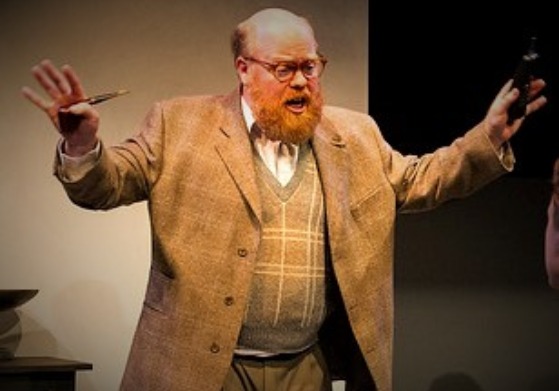 Michael F. Toomey plays Ellen's second husband, Howard. He is bright, blustery and concerned in that way that says "I am doing my thing." Toomey is very convincing and brings a very human humor into some of the action as Ellen tries to contain her husband's roaring.  He is not the man we're led to expect and his final moments with Gladys are quite touching as his full character emerges and we can see why Ellen loves him so much.

Juliana von Haubrich has created a wonderful, fluid set and the music and sound developed by Brendan Doyle covers the changes beautifully, especially when Gow is on the stage keeping our attention focused on the disappearing relationships his family is experiencing. Elizzabeth Rocha's simple and well-conceived costumes define the characters that wear them. All of the technical aspects work perfectly in Tina Packer's ideally conceived production of the play. She and her team create a world here that is so familiar and yet so foreign, but its a world we can understand clearly. 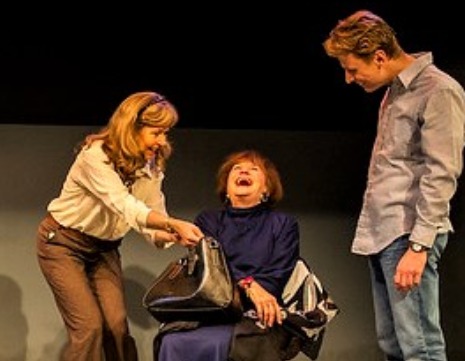 This is not an easy play. There are challenges for every actor in the company and difficulties in the presentation of advancing mania, not just the dementia of Gladys, but the anger at a new way of life reality for Ellen, and the frustrations of Daniel dealing nightly with the maladjustment next door. In this world of aging and its ultimate end, every character is tried and found just a bit wanting. When people ask me why Shakespeare and Company doesn't just do Shakespeare I often respond with the facts that keep me coming to their stages: Good old Will knew people and their needs as they went through life. He put that into his plays, onto his stages. In Lenox, MA this company - devoted to the Bard and his many muses - they find plays and playwrights that advance Shakespeare's goals with the honesy of our own times. This play is just that sort of play. Ellen, in her final monologue says, "I don't know what going to happen, but I  wish it would just happen." It does. We're grateful for it. Applause. House lights up.

The Waverly Gallery plays on the Elayne P. Bernstein Stage at Shakespeare and Company, 70 Kemble Street, Lenox, MA through July 14. For information and tickets go on line at Shakespeare.org or call the box office at 413-637-3353.